Menu
TRENDING
Reduce Plastic Pollution May 4, 2020
Earth Day 2020: How you can celebrate and better the planet from home May 4, 2020
Tampa Bay Area entrepreneurs, makers get creative to do what they can to help May 10, 2020
Pinellas and Puerto Rican Teens Discuss Climate Change Virtually May 4, 2020
A decade after Deepwater Horizon, how has Tampa Bay spent its settlement money? May 4, 2020
Next
Prev

Millions of dollars in cash has flowed to government projects, not all of which touch the environment.

Ten years ago, the biggest oil spill in United States history started with an explosion.

The Deepwater Horizon rig, about 350 miles west and a little north of Clearwater Beach, erupted in flames. Eleven workers died. The rig plunged underwater, nearly a mile below the surface of the Gulf of Mexico, where millions of barrels of oil gushed for 87 days.

Cornerstones of the Gulf Coast economy cratered, with tourism and fishing undermined by doubts about dirty water. Visitors wondered — and some still do — whether seafood was safe to eat. Scientists say it is.

But researchers are still trying to assess the damage. A University of Miami-led study recently reported the oil could have extended — in invisible but problematic concentrations — 30 percent farther than previously believed, offshore but nearer to West Florida and the Keys.

The fear, all that not knowing, is a familiar gnaw to those now living through the coronavirus pandemic.

“This reminds me of how we felt at that time because overnight you had the blowout,” said U.S. Rep. Kathy Castor, a Tampa Democrat. “It’s hard to believe it’s been 10 years. It’s still fresh in my mind.”

April 20, 2010, unleashed ramifications that remain hard to track. Scientists worry about long-term effects on mangroves and wildlife. Birds turned up slick with oil, dolphins dead on white-sand beaches. Potentially hundreds of thousands of animals were lost. According to the National Oceanic and Atmospheric Administration, markets went without billions of oysters.

BP, the oil company, settled with government officials for $20.8 billion. The settlement helped fund a surge in scientific analysis of the gulf ecosystem. Florida received $3.25 billion for its economic and natural losses, cold comfort after the catastrophe.

In Tampa Bay funds have dripped to an array of projects, with more to come. The money has helped remake parks, improve stormwater infrastructure, cover the costs of new moorings and roads and computer systems. “They couldn’t get it through Congress if they restricted it to environmental things only,” said Christian Wagley, a Florida organizer for Healthy Gulf, of the so-called RESTORE Act.

The Tampa Bay Times surveyed governments around Tampa Bay to see what residents got from the payouts.

Hillsborough County initially set aside nearly $22 million in 2017 for a permanent ferry service, but reversed plans two years later. The current county budget has 13 projects totaling $21 million from the settlement including help for the homeless, sidewalks near FishHawk Ranch schools, boat ramps for the south county, a bicycle and pedestrian trail, drainage and sewer work, a film school and studio, historic preservation, a community center, indoor athletic facility and water testing equipment.

Tampa spent the bulk of its nearly $28 million settlement on park and community center improvements, including $15 million toward the overhaul of Julian B. Lane Riverfront Park, which reopened in spring 2018.

Critics of the park said the city should have used more of the BP money in the city’s poorer neighborhoods. Former Mayor Bob Buckhorn touted Julian B. Lane, which lies on the west bank of the Hillsborough River, across from Tampa’s downtown, as the jewel of the city’s park system.

Pinellas County keeps a running log of how $7.1 million in settlement funding is being spent. Some of the money helped foot the cost of the St. Pete-Tampa Cross-Bay Ferry pilot, while other chunks went toward a library expansion in East Lake. The payout was designated for sports fields in Seminole and to bolster an affordable housing trust fund.

Before the County Commission decided how to spend the cash, more than 800 residents responded to a survey with ideas for what they wanted.

St. Petersburg was awarded just shy of $6.5 million. The city has already appropriated nearly all of it for environmentally friendly efforts.

Almost half and the biggest single allocation, $3 million, went toward sewer pipe repair. In 2015 and 2016, the aging system released up to a billion gallons of waste, sparking state and federal probes.

More than $850,000 has gone to increasing the energy efficiency of city buildings, while $300,000 was used for a program that provides loans and project management to residents performing home improvements that increase sustainability and resilience. Another $75,000 went toward a residential solar co-op.

The only expenditure not related to the environment is a $50,000 grant to My Sistah’s Place, a home for young women aging out of foster care.

The cities had broad discretion in spending and used much of the money for initiatives unrelated to the beach environment.

Clearwater budgeted its windfall for renovations to Crest Lake Park on Gulf to Bay Boulevard and Lake Drive. Not all of that money has been spent, city finance director Jay Ravins said.

St. Pete Beach put its money toward improvements to the city’s sanitary sewer system, assistant city manager Vincent Tenaglia said. Gulfport spread its money out over more than a dozen initiatives, including paving and upgrades to the city’s computer system, according to finance director Cheryl Hannafin.

Madeira Beach has yet to disburse about $380,000 of its settlement money. Finance director Walter Pierce said the city is looking to spend some of the cash on improvements to Johns Pass Village and some could now go toward the city’s response to COVID-19.

Pasco County spent $165,000 to complete restrooms at its Sun West Park in Hudson; allocated $100,000 to refurbish Orange Lake in downtown New Port Richey and set aside $667,000 for a project in Port Richey that has not been completed — dredging canals along the city’s waterfront and adding boat ramps at a park. The county and city are now at odds on the future of that project after the city removed the proposed boat ramps from the scope of work because of the expense.

Separately, the county anticipates a 15-year payout of nearly $13 million and four years ago compiled for the state a proposed project list worth $26 million with the expectation that settlement dollars could be used to leverage other funding. So far, stormwater drainage work on the Port Richey watershed and a reef project have been approved, said Commissioner Jack Mariano, who heads Pasco’s RESTORE Act advisory committee. 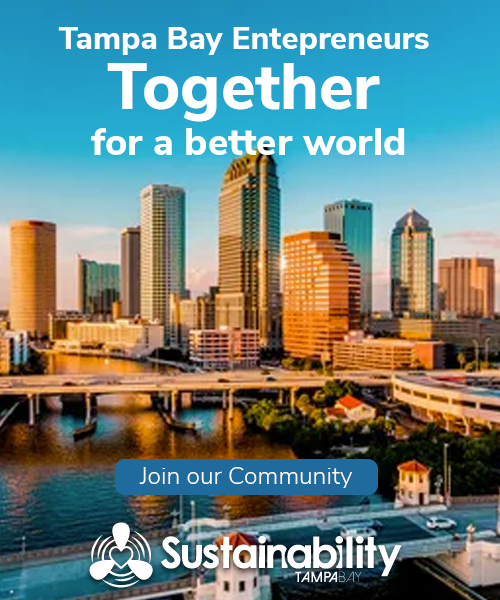 Hillsborough County, Keep Tampa Bay Beautiful, and the City of Tampa are joining the worldwide

In years past for Earth Day, we have found ourselves planting a tree or doing

We are here to showcase local leaders and initiatives, drive conversations, and spark action to make sure sustainability is championed across all sectors in our community.